I’m Jamie, and a year and a bit ago I ran a Kickstarter for Spinnortality, a cyberpunk management sim. 6 months earlier that notion seemed ridiculous! Kickstarters are for established game developers who want to revisit cult classics, or designers with an established rep who are trying to do something different, right?

Then I had a chat with experienced game dev Alexis Kennedy who said “You could actually do this, you know” and gave me some advice. I ran the Kickstarter, it raised 140% of its goal, and all was well. I worked on the game for 6 months, got some government funding, worked on it for another six months, and released it about a month ago. It’s doing quite well.

This is not a blog post about how to actually run the Kickstarter. That’s a whole other post that other people have already written. I should know: I read those articles prepping my campaign. This is about whether you can or should run one. Is a Kickstarter something you can even consider? If you ran one, what would happen?

Here are a few points to consider when mulling over this question: to Kickstart now and launch later, or just keep working away and launch when the game is done. I’m also going to assume you know very little about PR, since I was in that situation when I ran my campaign. (PR is actually not that confusing: I found promoting the game to be surprisingly doable when I buckled down on it for the Kickstarter, and I had little to no PR experience.)

Reasons you should consider a Kickstarter:

When I launched the game, there was way more to do than during the Kickstarter: reaching out to outlets and influencers, sure, but also bug fixing and tweaking the actual game. Fortunately I paid a super lovely PR firm to handle contacting news outlets, while I handled streamers, youtubers, and social media. This wasn’t a service they normally provide, but it was incredibly helpful to have half the PR work off my plate.

Why is that important? Well:

Before the Kickstarter, my press list was slim, my PR skills were… meh… and I hadn’t thought in any great detail about how to present the game to the world, beyond sending some press emails. By the end of the campaign I had a huge press list which covered areas I hadn’t even considered before, a greatly expanded audience of interested future players (my backers, and anyone else who read about it and thought “ooh”), an understanding of how to get in contact with outlets and the differences in attitude between different types of outlets. I also created a wealth of promotional material (text, logos, visuals, email outlines etc.) that I could draw from for future promotion. In retrospect it was a lot like a dry run for launch. I initially thought “Kickstarters are for people who have street cred, who’ve already made a game or two to prove themselves.” But if your game, like mine, is in alpha then that alpha already proves you can do it. Also, popping that alpha on itch.io and letting people try it out before they back is a great way to reassure backers, clearly convey to people what you are selling, and give them something to get excited about.

This all means that:

Even if the Kickstarter fails, something like 80% of the work is not wasted, because it’s work you need to do for launch anyway

If the Kickstarter had failed I would’ve walked away with:

Obviously I’m glad it succeeded, but all those things are either things it’s hard to get without a big event or PR push (word of mouth, more newsletter subscribers), or things you’d need to do anyway to sell the game in the end. Also, bear in mind that a failed Kickstarter is not the worst outcome: the worst outcome is that your Kickstarter succeeds and you overpromised, or can’t make the game for whatever reason. As long as you plan the Kickstarter sensibly, and are upfront with your backers and keep them regularly updated, however, this shouldn’t be a problem. A Kickstarter that doesn’t meet its goal is a shame, sure, but that’s all it is.

A Kickstarter can turn a $10 purchase into a $500 purchase

A super enthusiastic backer with money to burn will only ever be able to pay the regular price for your game once it launches on Steam, but on Kickstarter they can potentially pay whatever your highest reward tier is. Obviously there’s other financial aspects you might want to consider, like how planning and running the campaign take time and those hours are not free, but it worked out well for me.

If you are nice to them, your backers can be an amazing PR team and testing group

I’ve had nothing but positive experiences from my backers: they leave nice comments, they understand and commiserate when I need to do something unpleasant (I moved the release date, respectfully explained my reasons, and got nothing but praise)… There are horror stories of entitled backers who will suck your blood, but that’s not my experience. I just made sure I always treated them with respect and kept them in the loop, and everything was fine. And because they were happy, I was able to use my €20+ backers as one round of beta testing (beta access was part of their reward tier), and then use the regular €10 backers as a second round. (This was not part of their reward tier, but I asked the €20+ backers’ permission and everyone was ok with it). And when the game launched they spread the word about it on social media and left positive Steam reviews (a godsend, Steam reviews are critical).

I was in a much better position at launch with the support of a core of enthusiastic backers, because launching an indie game in 2019 is a high-stakes gamble and you need every chance to weight the dice in your favour.

Posting updates can keep you on track during development

I felt a medium amount of pressure, after the Kickstarter, to update backers every month and release a build every 2 months. (That’s what I promised.) This gentle internal reminder may be part of the reason development went pretty smoothly, despite hiccups in my personal life: I knew I had to show backers something, so it got done. Not always 100% to plan, but always satisfactorily enough that I felt proud of my work and eager to share. (Note: this doesn’t mean you don’t need a development plan! They’re super handy! But it helped me plan better.)

Kickstarter.com itself can be a source of customers

I was surprised by this, but a not-insignificant number of  pledges came from Kickstarter itself, internally. Part of that was because I got featured as a “Project we love” and therefore got on their email blast, and part was just because potential backers were browsing Kickstarter looking, presumably, for cool things to back. Those are customers you might never run into otherwise.

Once I’d done my initial email blasts to the press I was stumped for people to reach out to, and had 28 days left on the campaign. So I started emailing podcasters, streamers, youtubers, posting on reddit and facebook and tumblr. These were all places I hadn’t considered reaching out to before, and all were useful for launch.

Succeeding at the Kickstarter forced me to set up my one-person business earlier, not later

In Austria, where I live, you need to have a registered business to take in money from business activities. Setting this up after the Kickstarter was pretty straightforward: go to some meetings, do some research, fill in some forms, done. This would have been way more than I could have handled after launching the final game. With a game launch you need to work before, during, and after launch (for bug fixes and being contacted by promoters and players), so it would have been one more thing to do in a month filled with too many busy thingsaaaaarrgh. So this is also true of any general tidying up you’d need to do afterwards.

There are some downsides I should mention.

That month is very intense

For me it wasn’t too bad, but there was a nervous period of 15 days in the middle where backers slowed to a trickle. (This always happens.) And I had to be always working on emailing more and more people, and doing podcast interviews super late in the evening (I’m in Europe, they’re all in the US), which was probably the worst thing: once I’ve clocked off, I want to stay clocked off. I would do it again in a heartbeat, and probably will for future projects: to my mind, working one intense month to live my dream for a year makes sense. But if you don’t handle stress well, you’ll want to think about how you could soften the blow.

For the record, I suffer from generalised anxiety disorder, which makes me react badly to stress, especially over an extended period. I’m on meds and in therapy, so it doesn’t have too great a hold on me most days. Some days during the campaign I felt overwhelmed, but most days I felt thrilled at this exciting adventure. If I had gone into this without meds, however, it would have been a much less fun experience and I would have needed to take a few days off in the middle, at the absolute minimum, just to mentally reset.

You will have to keep your promises eventually

You don’t have to stick 100% to your original Kickstarter schedule. As long as you communicate with them, backers tend to understand that things slip, timeframes change and plans don’t always work out. But if you take their money and then don’t, at the end of the day, deliver on the thing you promised in some way somehow, I imagine they would get (rightfully) angry. Hasn’t happened to me, but it’s something you should be aware of.

You need some people ready to back on the first day

Before the Kickstarter PC Gamer did a story on Spinnortality: I’d reached out to press outlets just to let them know the game exists. This increased my newsletter subscriber count from about 100 to 800. I suspect these people were a help during the first day or two of the campaign, which is an important period: when newcomers arrive on your page, they need to see more than “2% funded” or they’ll write it off as a dead project. However, it’s hard to be sure about this because google analytics isn’t very helpful here. If you don’t have an established fanbase then things might still go okay, but you’ll need someone with a lot of social media reach to retweet your launch post to get it in front of as many eyeballs as possible, fast. 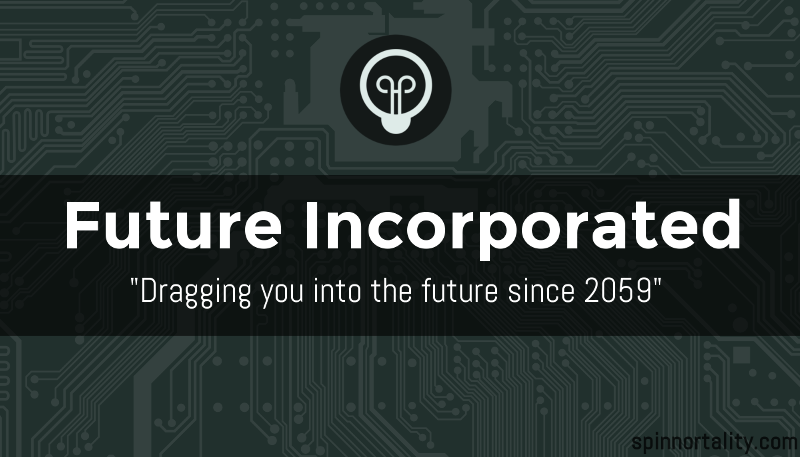 How I did it

Finally, I’d like to summarise how I did my PR campaign, so anyone considering a Kickstarter can see what they’d be getting into.

And that was it! 12 bullet points looks like a lot, but the fact I can boil down an entire month-plus-preparation into those points means the PR work can’t have been that complex.

Naturally this doesn’t mean that you, yes you, should definitely do a Kickstarter right now. It’s a sad fact that most Kickstarters don’t meet their goals, and preparation counts for more than enthusiasm. But running a Kickstarter for that game you’ve been slaving away at for years and have a decent alpha build for is absolutely an attainable goal.

By the way, if you’d like to see what kind of game came out of that process, Spinnortality is now on sale on Steam and itch.io, for PC, Mac and Linux.